Posted By Marsha West on May 27, 2015 in Homosexual Agenda
Share 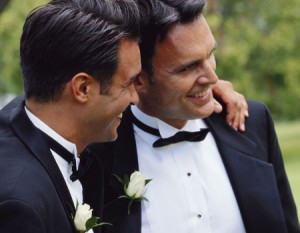 DUBLIN– Ireland on May 22 became the first country to hold a public vote amending its constitution to allow gay marriage, but the change will not force houses of worship to perform the unions.

Instead, gay couples will be able to enter in “civil marriage,” a separate institution from but affording all the legal benefits of “religious marriage,” according to the Yes Equality civil group that spearheaded the drive for the constitutional change.

“No religious institution can be forced to marry a lesbian or gay couple against their beliefs,” the group’s website reads. “Churches will be able to continue with religious ceremonies and will not be required to conduct wedding ceremonies for same-sex couples.”

Ireland’s Justice Department plans to draft a marriage bill this week that will permit those taking vows in civil ceremonies to choose either to be “husband and wife” or “spouses of each other,” satisfying the demands of religious groups including Catholics, Protestants and Muslims that no church will be required to perform gay marriage in the country, the Associated Press reported.

With 62.1 percent of the vote, Ireland approved a referendum to the nation’s 1937 constitution stating, “Marriage may be contracted in accordance with law by two persons without distinction as to their sex.” According to official results announced May 23, votes in favor of the change totaled 1,201,607, while 734,300 voted against it.

Deputy Prime Minister Joan Burton, who called the vote a “magical, moving moment,” said she expects the bill to become law by early July, AP reported. The first gay marriages in Ireland are expected to happen as early as the fall of 2015, since civil marriages require a minimum three-month notice.

The referendum failed in only one of the country’s 43 parliamentary constituencies. Groups opposing the referendum graciously conceded defeat.

“This is their day, and they should enjoy it,” CNN quoted the group Mothers and Fathers Matter. “Though at times this campaign was unpleasant for people on all sides, nobody who involves themselves in a campaign does so with anything but the good of their country at heart. There is no better way to resolve difference than the way we are using today.”

The Roman Catholic Church was a strong opponent of the referendum in Ireland where more than 84 percent of the population identifies as Catholic, according to the CIA World Factbook. Northern Ireland is the only part of Britain where gay marriage is still illegal.

2 Responses to Ireland will not force churches to wed gays