Posted By Marsha West on March 23, 2017 in Discernment, Occult
Share

Can someone be a witch and a Christian?  What about a Muslim and a Christian?  Do you think the idea is preposterous?  Think again.  Believe it or not, there are people who call themselves Christian witches.  And they’re not kidding around.

Maria Kneas fills us in on the details.  She writes: 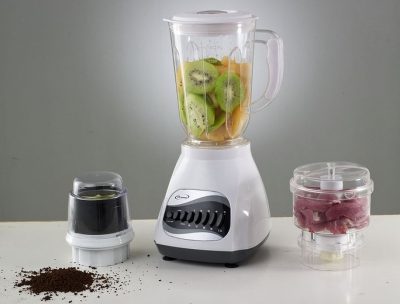 Numerous attempts have been made to blend Christianity with other religions on a world-wide scale. You can read about them in Carl Teichrib’s article “Unveiling the Global Interfaith Agenda.”

Nominal Christians are people who are Christians in name only. They call themselves Christians, but they really aren’t. They don’t have a relationship with Jesus Christ, they ignore or deny foundational Christian doctrines, and they don’t try to live the way God has instructed us as described in the Bible. Such people can fit in with other religions. However, born-again Christians aren’t able to do that because they have God’s Spirit living inside them Who convicts them of sin and enables them to trust and obey the Lord. And because God is living inside them, He gives them the grace and strength to abide in Him. Simply put, biblical Christianity cannot mix with other religions.

To compare it to something physical in everyday life, you cannot mix oil and water. Because of their very nature, they just don’t mix. You can put them in a glass jar and shake them until they seem to be blended, but then they will separate and the oil will rise to the top of the jar.

To carry that analogy further, if you add an emulsifier, then they can mix. It goes against their nature, but the emulsifier bridges that gap. In real life, Christians who are under severe pressure (such as the threat of prison or torture or death) may go against their nature and try to blend in with whatever is politically correct. That happened in Nazi Germany. I’ve seen pictures of church altars with swastikas on them. However, Jesus warned us not to make such compromises:

Why is Saddleback pastor teaching on Kingdom Circles?

See our White Paper on Occult-Sorcery.

Leaving the NAR Church: Olivia’s story
Do you need “Momentum for your breakthrough?”

4 Responses to Attempts to Blend Christianity with Other Religions