Posted By Marsha West on November 7, 2017 in Christian Life, Discernment, Entertainment, In the News
Share

Tim Challies addresses the Hollywood crisis. He reminds us that there is a lack of godly character in the entertainment industry. In light of the serious allegations, Christians must consider our relationship to Tinseltown, says Challies. “I think we as believers need to think seriously at this juncture about our participation in this world, this world which is proving itself to be absolutely vile, absolutely full of the worst kind of sin and depravity.”  Tim has done a short video and includes a transcript. So you can watch or read — or both! 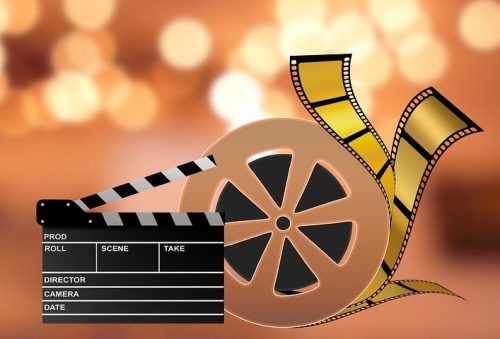 A few weeks ago, some allegations were made against Harvey Weinstein. Weinstein, of course, is a Hollywood producer. He’s produced some very well-known, very high-quality, award-winning type movies. You’ve probably seen some of them. An actress brought these allegations that he had assaulted her, or attempt to assault her. That seemed to just open up the floodgates. Soon, person after person, actress after actress was charging him with various sexual crimes and misdemeanors. That sort of grew into this crescendo. He very quickly was shoved out of Hollywood, shoved out of his company. His reputation is completely destroyed. His career is over, and for very good reason. Sadly, you know, where this many women have stepped up and said, “Yes, this happened to me,” there must be many, many more who are bearing the shame of what happened to them and have not stood up. He’s been revealed as an absolute predator, and for good reason, has been discredited. There’s a very good chance he’ll end up in prison, again, justly so.

But, I think this is an opportunity for us to think about an important principle, and it’s that where there’s power, there must be character, and there must accountability. Otherwise, that power will be misused. That’s almost invariably the way of it. Where there’s power, where there’s authority, where there’s position, where there’s prominence, it’s so important that we also have character, the growth of character, especially, we hope godly character. See, that’s true in Hollywood. This man was given prominence. This man was given position, but he completely lacked character. So what happened? He used his position, he used his prominence for his own greedy gain to feed his own lust. Sadly, we’ve seen that in the church many, many times where people are given prominence, yet they have no godly character, and they misuse it. We as a church, we need to learn from this.  Continue

Hollywood’s Plunge Into the Bottomless Pit by Marsha West

“Should we take our kids to see ‘The Star’ film?”
Season of the Witch