Posted By Marsha West on March 21, 2016 in Discernment, Women and the Church 2
Share

Aimee Byrd, author and contributor on Mortification of Spin wrote a series (see below for 2-4) on the topic of looking at discernment and women’s ministries.  She wonders why are there so many gullible women in churches?  “Have we made any progress in equipping our women to discern truth from error in what they are reading? Do the women in your church actually have the skills to lead a Bible study? How come I talk to so many women who are under good preaching and have all the best intentions, yet they fall prey to the latest book marketed to them that is full of poor theology?”

Following is the first installment in Aimee’s 4 part series: 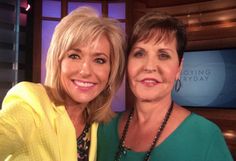 Every now and then I get a disturbing email from a pastor or concerned woman about the women’s ministry in their church. The scenario is usually about a group of well-intentioned women studying a popular book that is marketed for women’s ministry groups, and it is full of bad doctrine. But the author is extremely likable, she has done many good deeds in the name of the Lord, and frankly, the women in the group are now invested. They are offended that someone is questioning what they think has been an edifying study. So you can see how I usually get this email after significant damage has already been done.

Or has it? I mean, why quibble over words when these women are thriving by studying a book that many other good churches are using? I will tell you why, because the truth of God’s Word is important and women are very influential in both God’s household and their own.

There seems to be a pattern going on from the beginning of time. We read in Gen. 3:1, “Now the serpent was more crafty than any other beast of the field that the Lord God had made.” And what is the very next line after being given this information?

He said to the woman, “Did God actually say…”

In his malevolent shrewdness, Satan went for the woman. He went after Adam’s gift from God, his bride. That is indeed a clever way to get to Adam. And it isn’t surprising that Satan is after Christ’s bride, his church, with the same distortion of God’s Word.

Are there any sections of Scripture that make you uncomfortable to read and especially to discuss with others? There’s one particular Scripture that gets to me, and it should be troubling to any pastor or elder in God’s church, any husband who wants to love and care for his family, and every single woman who professes the name of Christ. I’m talking about 2 Tim 3:6-7:

For among them are those who creep into households and capture weak women, burdened with sins and led astray by various passions, always learning and never able to arrive at a knowledge of the truth.

This is a jarring warning. It is in the larger context of Paul warning Timothy about false teachers infecting the church. They have an appearance of godliness, but discernment shows that they are rebellious against the true the power of godliness (v.1-5) in the Spirit. This accusation about how they target weak women is something I have been studying and want to write a lot more about. But for now I will say that these are women with some time on their hands. Yet they have no theological fitness. One translation uses the word gullible. They do not have good discernment because they seem to have a proclivity to learn all kinds of so-called enlightening things, but not the knowledge of the truth.
I can’t help but notice how these false teachers, we could say messengers of Satan, creep into households all stealth-like and target specific women. The language makes me think of a certain snake…  Continue reading

2 Responses to The Danger in Women’s Ministries