Over at Pulpit & Pen, Seth Dunn informs us that Ted Cruz is surrounded by cultists, knows it, and it doesn’t seem to bother him.  To be fair, to get elected, political candidates need financial support and people’s votes.  To that end, Marco Rubio, a Roman Catholic, has stated that he “fully understands Catholic doctrine” yet he would have people believe he’s an evangelical.  And Donald Trump states that he’s a “Presbyterian Protestant,” that he believes in God but has never asked for forgiveness. Since the sincere Christian understands sin, repentance and forgiveness, Dunn wonders if The Donald is a true a Christian.

But this is not about Rubio and Trump; it’s about Southern Baptist presidential candidate Ted Cruz praying with a cultist.  Seth Dunn begins with the following quote:

“I have prayed for the next George Washington. I believe I have found him (in Ted Cruz).”  Glenn Beck 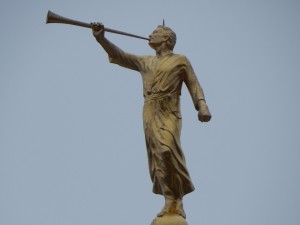 The Iowa caucuses are nigh.  On Monday February 1st, voters in Iowa will gather together to decide what Republican and Democratic candidates to put forth for the 2016 presidential election.  The final poll before Monday’s caucuses shows GOP hopeful Senator Ted Cruz trailing front-running GOP candidate Donald Trump by 5 points.   In such a tight GOP race, endorsements from conservative luminaries are to be coveted.  Such an endorsement is exactly what Ted Cruz received from popular political pundit, Glenn Beck, just one week ago.  According to a CNN report, this marks the first time Beck, who owns The Blaze, a conservative media outlet, has officially endorsed a presidential candidate.  Beck claims to have been asked many times to endorse a candidate in the past.  However, he has “never trusted anyone enough” to do so “until now.”   Unfortunately, Beck’s endorsement has traversed mere secular politics and crossed over into the spiritual realm.  Glenn Beck views Cruz as the answer to his prayers.  Beck claims to have been praying for “the next George Washington” and he feels his prayer has been granted in the form of Ted Cruz.  Now, Beck prays for Cruz and in a very public and disturbing way.  On the morning of Saturday, January 30th, Glenn Beck led the Cruz Campaign’s Iowa office in prayer…to a false god.

Glenn Beck is a Mormon.  Mormons do not believe that Jesus Christ is an eternal part of the Trinitarian Godhead (the same goes for the Holy Spirit).   Rather, Mormons believe that Jesus was begotten of a being they refer to as “Heavenly Father.”  According to Mormon doctrine, Heavenly Father and his wife are residents of a far away planet near a star called Kolob.  Jesus, as well as Satan (who is taught to be Jesus’ spirit brother) was born to “Heavenly Father” as a spirit child and later sent to earth in the form of Jesus of Nazareth, where he was born to his earthly mother, Mary.  “Heavenly Father,” the Mormon god, was also born as a regular man.  Sometimes in the distant past, he managed to achieve godhood and humans can, too, if they faithfully follow the tenets of Mormonism.  Doing so requires membership in the Church of Jesus Christ of Latter Day Saints (LDS) of which Glenn Beck is a part.   The following video accurately portrays what Mormons believe (HT Pirate Christian Radio):

That a member of a false, if not demonic, religion that rejects the divinity of the Lord Jesus Christ would lead prayer at the campaign headquarters of a Southern Baptist presidential candidate (Cruz) is tragic.  At least one Southern Baptist seminaries, as evidenced by a syllabus for a course in “Cult Theology” identifies Mormonism a cult.  Students in this particular Cult Theology course are expected to, according to the syllabus, share the gospel with cult members.  The reason for doing so is obvious, cult members are lost.  Mormons, specifically, pray to and worship a different God.  Yet Beck announced his endorsement of Cruz at Iowa’s Faith Bible College, a dispensational institution which affirms, according to its published doctrinal statement, an orthodox understanding of the Trinity and that salvation is received by faith alone (a soteriological doctrine which the LDS repudiates).   An endorsement by and the political prayers (to a false god) of a lost man should not be met with cheers at a Christian college, no matter how favorably believers view the candidate being endorsed.  Beck’s spiritual involvement with Cruz and his supporters is truly tragic.  Not only is Beck under a curse for sharing a false gospel, he will die and spend an eternity in Hell if he doesn’t receive and believe in the true gospel of Jesus Christ.  Yet, he is used as a political tool by Christian politicians and viewed as a source of spiritual vitality by Christian voters.  This is the kind of religiopolitical “almost Christianity” lamented by ERLC President Russell Moore.  Moore describes such “Christianity” as follows:

“Almost Christianity, in the Bible Belt, looks like a God-and-Country civil religion that prizes cultural conservatism more than theological fidelity. Either way, a Christianity that reflects its culture, whether that culture is Smith College or NASCAR, only lasts as long as it is useful to its host. That’s because it’s, at root, idolatry, and people turn from their idols when they stop sending rain.”